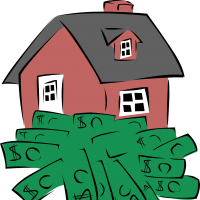 Mortgage Basics - How the Bank of Canada Affects Banking Rates

Banks borrow money at a slightly higher rate than the rate posted by the Bank of Canada. They in turn, lend money for a higher interest rate via mortgages and loans. The difference between the interest rate at which the bank borrows money and the amount they receive via client mortgage payments is profit.

Bank of Canada Key lending "interest" rate (aka bank rate, overnight rate): is the interest rate at which major financial institutions borrow and lend one-day (or "overnight") funds among themselves; the Bank sets a target level for that rate. 'The Bank of Canada steers the overnight rates banks charge each other. It pays out interest at a rate that’s 25 basis points below the key rate to banks that deposit money with it overnight and charges interest at a rate 25 basis points above it."1 Therefore, if the Canada Key Lending rate is .25%, banks borrow money at the rate of .50%

Banks set the prime rate in response to the Bank of Canada key lending rate. Each bank sets its own prime rate, but the big five banks usually all have the same prime rate.2

The prime rate, also known as the prime lending rate, is the annual interest rate Canada’s major banks and financial institutions use to set interest rates for variable loans and lines of credit, including variable-rate mortgages.2

Fixed Rate Mortgages are influenced by the bond market – 5-year government of Canada bonds in particular.