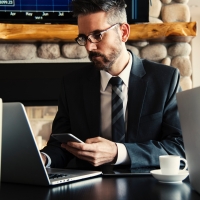 Share
According to a report from Central 1 Credit Union, Ontario’s housing market is forecasted to grow through 2021, and that includes the need for investor-driven condos in downtown Toronto.
“In higher urban markets, condos should remain a viable investment vehicle because there are a lot of people coming in who will need a roof over their heads,” said Central 1’s regional economist, Edgard Navarrete, the report’s author.
“Population growth is still at about trend, or even slightly above trend, over the next three years and that’s because, even though the housing market is at times relatively unaffordable in the region as a whole, the economy is still attracting a lot of people for work and to education institutions, particularly in urban centres.”
The supply of purpose-built rentals, townhomes and condo apartments has been on the rise throughout Ontario due to strong population growth. Navarrette added that Ontario’s population is forecasted to grow 1.7% this year, 1.7% next year, and 1.8% in 2021.
“With an influx of people coming in, there will be increased demand for condo apartments, townhomes and single-detached homes in secondary markets to meet that demand,” he said.
The Canada Mortgage and Housing Corporation’s First-Time Home Buyer Incentive, according to the Central 1 report, will help buyers gain entry into the housing market, but it may be short-lived as demand will likely result in bidding wars, thereby driving prices skyward.
“Part of the reason they put this in place is to help people get into higher-density housing, but, unfortunately, with the program starting in September the increased demand for entry-level condos will start raising the prices in that segment, and you can expect bidding wars,” said Navarrette.
Although Central 1’s report is, overall, optimistic, it warns of headwinds blowing from the U.S.-China tariff war.
“We’re also expecting the economy to slow down a bit over the next couple of years,” said Navarrette. “It won’t be below negative growth, but it will grow below trend because of our trading partners, not our economy. The U.S. has put in protectionist measures, which could slow down their economy, the global economy, and we’d be affected through trade channels, which will affect consumer confidence, business confidence, and business investment, as well as spending on big ticket items like cars.”
Source: https://www.canadianrealestatemagazine.ca/news/investordriven-condos-forecasted-to-fill-housing-gap-through-2021-277421.aspx?utm_source=Pinpointe&utm_medium=20190724&utm_campaign=CREW-Newsletter&utm_content=23392C4C-FEC8-43BC-848B-F4EED4BAB18D&tu=23392C4C-FEC8-43BC-848B-F4EED4BAB18D
by: Neil Sharma
Tags: Canadian Real Estate Wealth - Neil Sharma